Wellpath at MCI-Norfolk is severely under-staffed— the shortage of nurses means that people who need chronic care are being left unseen inside. One insider suffering from glaucoma is now sending his second request for care, and it’s been months since he’s been examined for it.

But why is that?

Prison Legal News revealed Wellpath’s cost-saving policies mean that incarcerated people are only seen in cases of “life or limb threatening illness or injury.” But what happens to the money saved?

“If they provide NO services, they get to keep all that money,” noted Yolanda Huang, a civil rights attorney who is also a member of the NLG.

But what happens to incarcerated people?

Read their stories below:

Lauren Kent: 4 months pregnant, ignored for cramps and vaginal bleeding and was instead told her “issue is more behavioral than medical.” Laura later gavebirth to a stillborn baby over the toilet in a maximum security cell. In an act of astonishing cruelty, Laura’s request to hold her dead baby was denied.

Ziggy Lemanski: filed several sick slips for flu-like symptoms, and had a weakened immune system due to HIV and Hepatitis C, wrote that he struggled to get out of bed and was coughing up blood. By the time he received hospital treatment, “his lungs were so congested they wouldn’t even show up on an x-ray.” He died at 44 of pneumonia.

Michael Ramey: 36, was diagnosed with atypical migraines and said he needed to see a neurologist within a week. The appointment was never set & he fell many times over the course of 10 days. He was written off by clinicians as “med-seeking.” A month later a nurse found him in his cell unable to walk, asking for help. He was sent to a hospital and died a week later from cryptococcal meningitis.

Andrew Leighton: 57, experienced “excruciating pain in his teeth, nose, and neck” and was prescribed penicillin by a dentist. Later a nurse found “a golf-ball-size mass in his throat” and told him to “apply ice to his neck and sleep in a slightly elevated position.” He was found unresponsive in his cell the next day.

Paul Bulthouse: 39, suffered 15 seizures due to withdrawal from prescription drugs that caused “severe and fatal withdrawal symptoms” which were ignored before he died. The seizures were recorded on video as guards failed to make their regular welfare checks

Richard Willingham: had a history of pulmonary embolisms. While in COVID quarantine, he had chest pains and difficulty breathing, and was given a shot of blood thinners, then sent back to his cell. He submitted a sick call request, but 25hrs later he hadn’t received help. He later had to be rushed to the hospital where he died.

Marc Moreno: 18 arrested during a mental health crisis. A Wellpath clinician observed “evidence of mania & psychosis” but gave no treatment or referrals. Instead, he languished in his cell and was observed rolling around in feces. He lost 38lbs in the 8 days before he was found dead .

Many families who have lost loved ones due to Wellpath’s negligence are suing, but that isn’t an option for many incarcerated people. It is essential that their stories are heard.

For more stories of medical neglect: 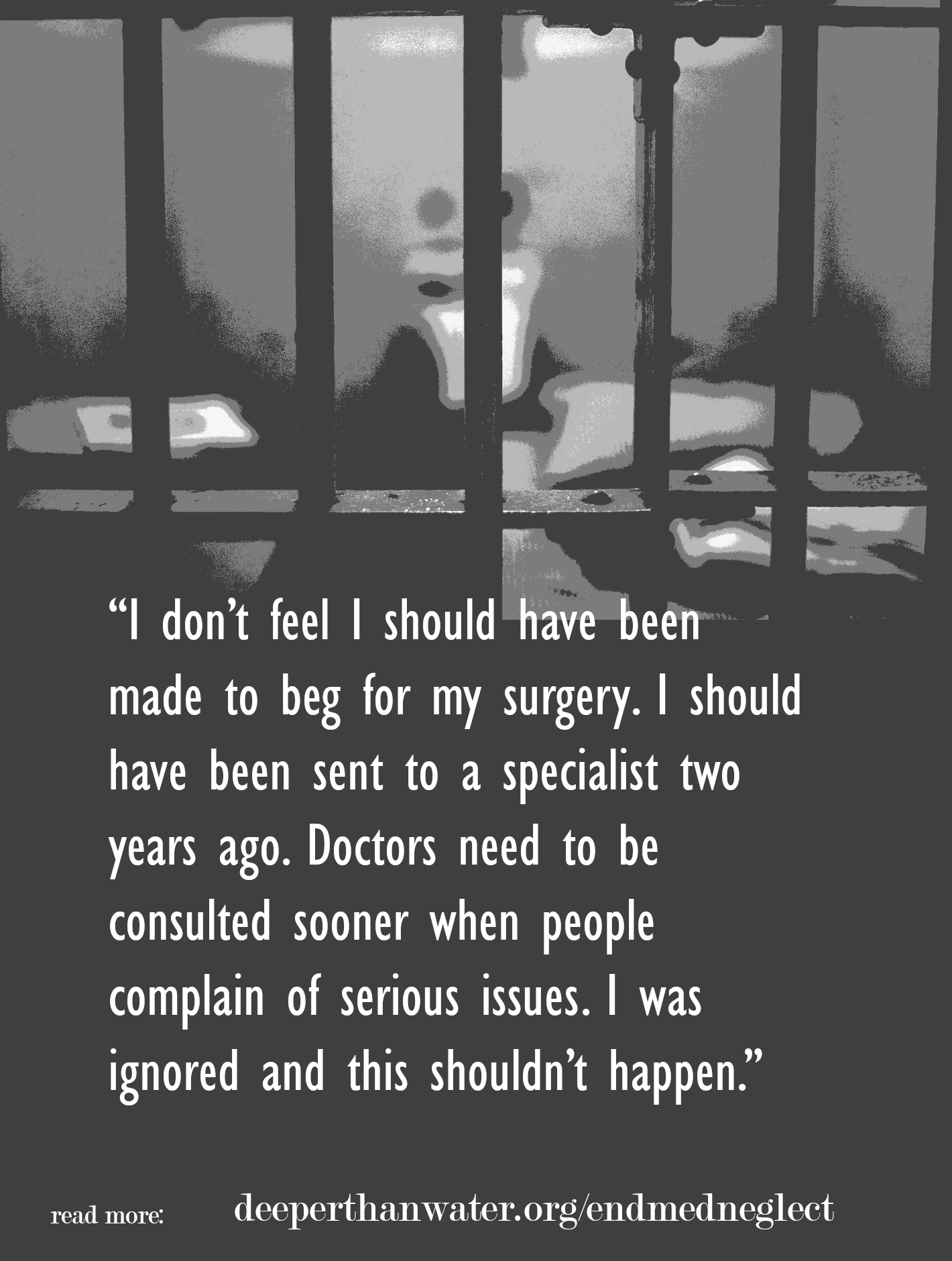 THREAD/UPDATE: Wellpath at MCI-Norfolk is severely under-staffed-- missing nurses means not seeing people for chronic care. One insider suffering from glaucoma is now sending his second request for care, and it’s been months since he’s been examined for it.
But why is that? 1/